Many Snapchat app users complain about snapchat load image screen error [Snapchat not loading Snaps] and they are unable to open new Snaps. We know it’s really very annoying and irritating when the “Tap to load” screen appears and tapping your screen does nothing. In that case you can’t do anything if you don’t know what you should do to fix tap to load screen on Snapchat application. In this guide we are also talking about the Snapchat tap to load screen solution.

Snapchat is one of the trendiest Social networking apps for quick social media updates. That’s why it’s always the first choice of youngsters and right now this app has 2,37,16,096 downloads on Google Play store.  These numbers are enough to show the popularity of this amazing app.

Like Facebook, WhatsApp, Snapchat is another popular app that offers the fastest way to share your social movements in the form of photos and videos known as Snap.  Most of you already know that it is a social app to share beautiful pictures and short videos with your friends and relatives. Actually this app is popular for its unique and entertaining filters and effects that everyone likes. Additionally, any story or snaps will disappear automatically once the other user opens the file. This unique feature also attracts many users and now several other apps are also start using this feature.

Ease of use, filtered user interface and other interesting features makes it more popular but sometimes you have to tap a chat to have it load. Everyone wants quick access after tapping the snap to view, not wait for it to load.

Same as other apps, Snapchat app users are also facing some issues at the time of using this app. According to some users, when they use a Snapchat camera, they tap on the Snap. But they see the dark black screen without any Snapchat error message. Mainly it happens with video snaps. Similarly, some users also experience the grey preview image no matter how hard they try to load the snap into the app.

In short, Snapchat not loading Snaps errors is a very common issue for its users. Because of this, in this article we will try to cover all possible solutions for the tap to load problem on Snapchat or snapchat loading screen error.

Turn Off Camera Sound On Snapchat

Actual Reasons Of Tap To Load Problem On Snapchat Application

Reason of Snapchat Tap to load issue is not very clear but we can try to understand with the Snapchat app working.  Probably you may know that Snapchat downloads all the snaps automatically with an active internet connection. After that we have to tap to view snaps. Sometimes users are not able to view the new snap that they receive on their app. They see a black screen that says tap to load the snap. It happens because that snap is not downloaded. That means, you have to manually download them.

With the help of the above example we can see internet connectivity can be a reason for this issue. However, if the issue continues and nothing displays on the screen, then it’s probably something else. Check out the other possible fixes below to learn more “how to fix Snapchat not loading Snaps”.

Is It Possible To Fix stuck Snapchat Loading Screen Problem

Yes, there are a few simple tweaks and tricks available that you can try to fix this issue. Here we tried our best to include all possible working methods. Best thing is, you no need to worry about data loss. If network connectivity is not the reason, then software bugs or any issue in the memory, snaps may not load on Snapchat. Follow the below guide and try to troubleshoot tap to load screen Snapchat app.

How To Fix Snapchat Not Loading Snaps [Videos & Images]

Here are some possible and working solutions to remove or solve the Snapchat loading screen problem [ Snapchat tap to load image issue ] due to unknown issues.

Simple restart is our first trick to fix tap to load screen Snapchat, if snapchat is not loading Snaps automatically. It’s a very basic way to solve any issue with any app, if not working. Sometimes, lots of applications running in the background may conflict with the system app. Due to this you may face a Snapchat tap to load screen error. So try to give a full reboot to your phone and see if the snaps are properly loading or not? Before doing anything, we recommend you to test the app after rebooting your device.

Sometimes, you may have enabled flight mode accidently or you may be affected with no network or poor connectivity. In that case, the new snap will not load automatically. So, disable airplane mode on your device, if it’s already enabled. However, if the issue continues, then it’s probably something other than your network.

Tips: If you are using mobile data network, then try to switch on stable WIFI connection. If internet issues persist then contact your ISP and tell them to fix it up for you. USA users can try the best Spectrum offers to get stable internet speed.

Just after downloading and starting using the app, you download, upload and access lots of data and media files to your phone. At the same time, it creates clutter in the memory of the device. Due to these unwanted files, you may see app crashes, spans not loading issues. Similarly, when any file is not downloaded properly, then the application doesn’t work properly and may not allow loading the Snaps. So, clear the cache of the Snapchat to fix this issue. 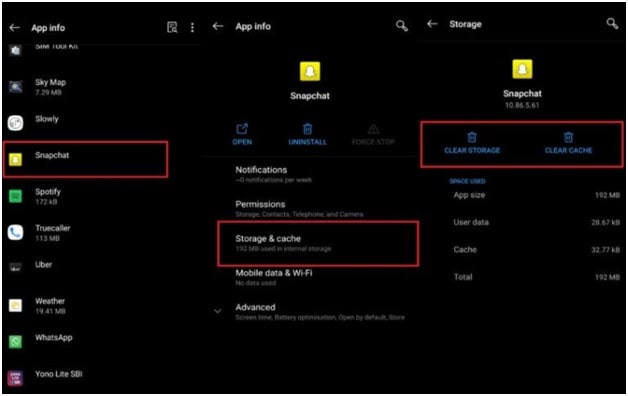 All the above described solutions are the best methods to fix tap to load Screen Snapchat error. Till now if the situation is the same and you are unable to open spans then uninstall Snapchat app and then re-install fresh new version again.

For this long press on the app icon >> tap on uninstall button >>> delete the app. Otherwise, delete the app from the app manager section. Once the app is deleted from your device, go to the play store and reinstall the app.

Add-on Solutions To Fix “Tap To Load” Problem On Snapchat

After applying the above solutions we also recommend you take a look at below possible solutions to fix Snapchat tap To load screen error.

If you are regular users of Snapchat then you may know that this app has a built-in Data Saver Function called “Travel Mode”. This function helps users to reduce data consumption on their own demand. Users can activate the Travel mode for 3 days, 1 week, or Until Turned Off. If you choose any option like the ‘Until Turned Off’ option, Snapchat will keep Travel mode on, until you turn it off. In that case, Snapchat will not download any new app automatically. After that, you will see the tap to load option with every new snap.

Turn Off Data Saver On Snapchat 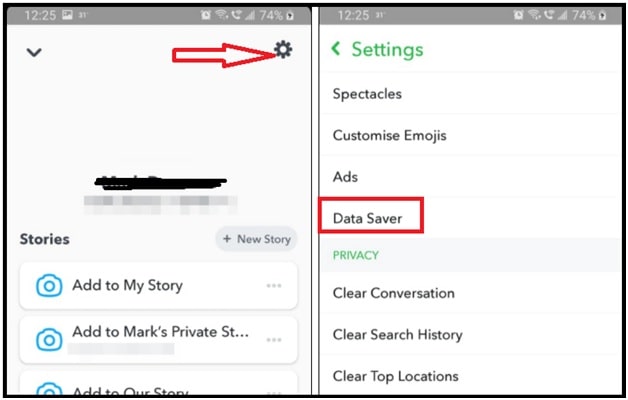 Android devices come with many smart features to boost speed and performance. Optimization of the app is also one of them puts the apps to sleep to free up memory of the OS to run smoothly. But as we all know, sleeping apps do not access data. So, if you are using the optimization function for Snapchat app, it will now download snaps in sleeping mode. In order to allow the Snapchat app to auto-download your snaps in the background, turn- off optimization function. 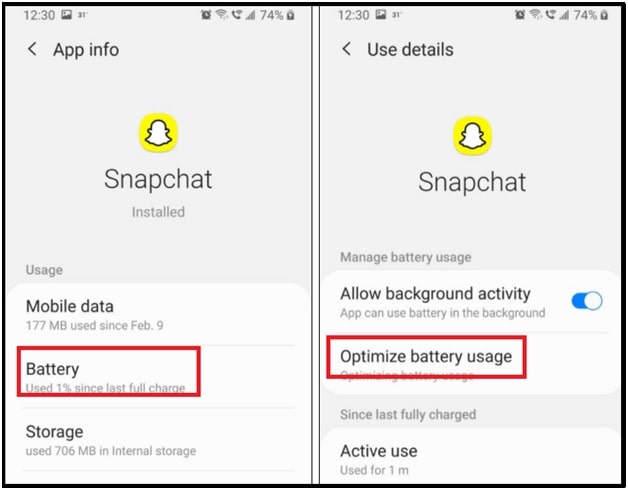 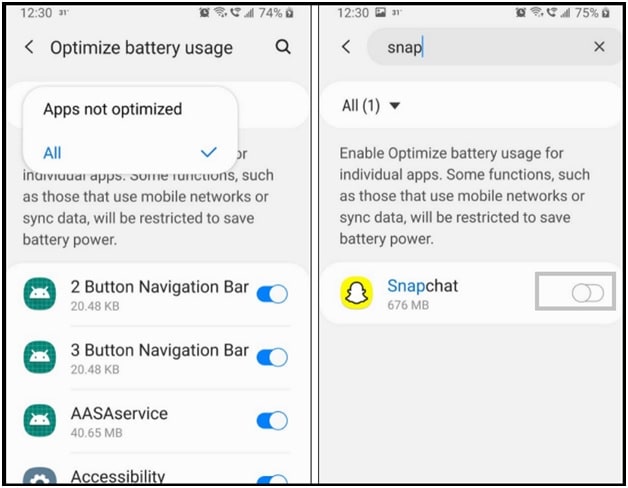 So guys these are the best of best methods to fix Snapchat Loading Screen error or tap to load on Snapchat error. Just try to apply all the listed solutions one by one and get rid of the Snapchat app not loading snaps. Most of the time, poor network connectivity and built in bugs are the main reason for this problem. So use the updated version of the Snapchat app with strong data connection. Don’t forget to restart the app after applying the fix to make sure the settings are applied.

Tips: Tap to load problems on the Snapchat application is very annoying. Above troubleshooting guide may help you to resolve this issue. But till now getting the same issue and now decided to switch on another social app then we recommend you to delete Snapchat account permanently. Permanent deleting process will remove all your personal information from the Snapchat app server. 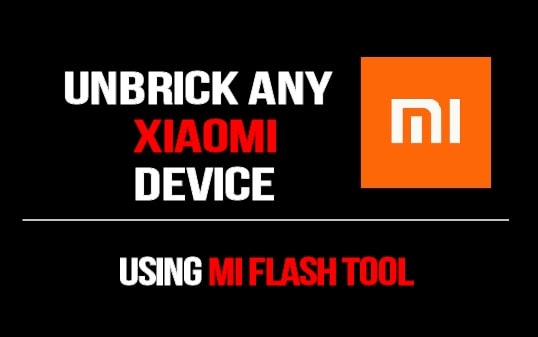 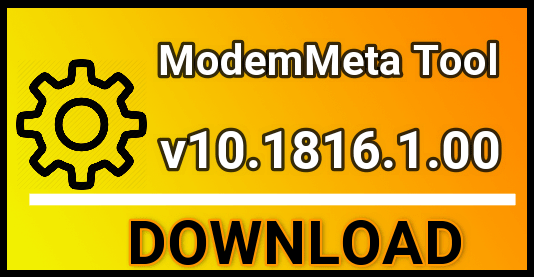