Are you trying to take a screenshot on your android Smartphone but it is displaying “Can’t take screenshot due to security policy” error message? If yes then you should read this tutorial to know the reason for the screenshot security policy. After that you can easily fix this issue, if possible.

Without any doubt, screenshot feature is important in different ways. Because of this, you can see this option in all operating systems like android OS, iOS, Apple macOS, Windows OS, Linus, HP webOS, Chrome OS, Amazon Kindle etc. As you can see each and every popular OS provides this option to capture the active screen in image format. Actually it’s just like the print screen on windows pc.

So, we can use screenshot feature to capture the whole screen in real time and then can share it with anyone or can save it for later reference. But actually it has some limitations. Because of this sometimes you may be unable to capture screenshots prevented by security policy on mobile phones. Mostly you can see this screenshot security policy error message on banking apps, Telegram, Google Drive, facebook, Firefox and chrome browser etc. Now the question is, why is your phone not letting me take screenshots on Smartphones including Samsung and other devices?

About Can Not Take Screenshots Due To Security Policy

Actually, can’t take screenshot due to limited storage space is directly related to storage capacity of your mobile. If your android device is running out of space then we can fix it by deleting some phone data. Additionally, users can run disk clean apps to clean unwanted data in one click. In case, if you are not comfortable removing any data from your device, move the data to an external sd card or storage.

Let’s talk about security errors for screenshots in android mobile.

Many people reported that they were trying to take screenshots on Android devices like Samsung Galaxy S9, Galaxy Note 8, and unwanted notification popup saying “Can’t take screenshot due to security policy”. What are the solutions and how to bypass android screenshot restriction errors?

Before going to jump into a solution, it’s important to know that this is not directly related to your android OS. But Android OS offers different custom options to run apps and services in their own environment. Because of this, any app developer can restrict different actions in any specific scenario. The screenshot is one of them. It’s easy to understand because most of the time you will see this error in banking apps and incognito mode.

Browser Issue – Most of all browsers never allowed users to click screenshots in Incognito mode.

Device Issue – Sometimes, Android OS restricts you to capture screenshots in place on your device.

App issue – Most of all banking or financial apps disabled this feature due to security issues.

Error Can’t take screenshot due to security policy in Android

Here we are adding some most common reasons for android screenshot security policy. Read all the reasons and their possible solutions one by one.

If you are using Chrome browser app or mobile browser in incognito mode then Android OS will restrict you to capture screenshot due to security policy. Actually, it’s Chrome browser’s security policy and there is no option to enable or disable this feature manually. So, if you are trying to take a screenshot on Google browser in android mobile, make sure you are not using the incognito mode.

To resolve this issue, use the chrome browser without incognito mode. Otherwise, take a screenshot in incognito mode using Firefox application. This difference shows that screenshot security error in android is not directly related with android OS.

In other scenarios, if you are sure that you are not browsing Facebook or Snapchat etc in incognito mode. But till now unable to take screenshot due to security policy then try to modify the apps permission on your device.

Nowadays android is one of the most popular OS for Smartphones. Because of this, we can see numbers of apps and services (banking, social media, and custom app) for android devices (Smartphone & tablets).

Due to this, security is most important for any user, as well as app services and they, don’t want to take chances. Just because of security reasons, many apps have a policy that prevents screenshots from being captured.

Probably, you may know that it’s very easy to hack any android mobile by injecting scripts with any apk/app. By implementing this security policy, they block you from taking screenshots of your confidential information.

Mostly, this type of security policy is used by financial apps which block screenshots on android mobiles. It prevents malicious code from being able to run in the background of your device and sends a copy of your screen to a hacker. For an extra layer of security, financial apps may show run errors on rooted android phones.

If you have a mobile phone provided by any organization or school or service provider, then it’s also possible that they have enforced policies and you are unable to take a screenshot. Suppose, if you are a cab driver (Uber or OLD Or Meru) then they never allow you to capture screenshots due to various security reasons. In that type of scenario, you can talk to the IT department to remove this restriction or can try to remove the account associated with the policy from “Accounts” in “Settings”.

Sometimes, it may be due to certain settings on your mobile. For example, if you are getting this issue on any specific app, try to contact their service provider (if possible) and ask them to share proper settings to enable screenshot permission. Never ever try to change phone settings manually, if you are not confirmed. Otherwise, you need to reset your mobile to get back in the default state.

As we already said, there are several reasons for the screenshot not working in your android Smartphone. If the issue is coming only on a specific application, try to check their properties and policies.

To resolve this issue, download any third party screenshot capturing app and use it on any application. Similarly, you can record an android screen and then can take a picture as a screenshot. These are the best solutions to avoid can’t take screenshot on banking apps due to security policy.

Navigate to “Settings” section of your mobile and check whether permission to take screenshots is enabled or not. If already enabled then skip the step. Otherwise, enable the screenshot toolbar by swiping the toggle button.

In order to take screenshots in Chrome’s Incognito Mode, we need to change settings in chrome flag menu. Remember, this experimental feature is only available on certain versions of Chrome application. 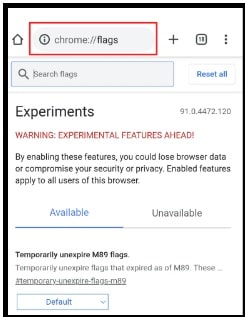 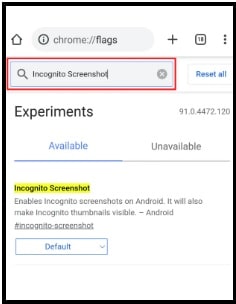 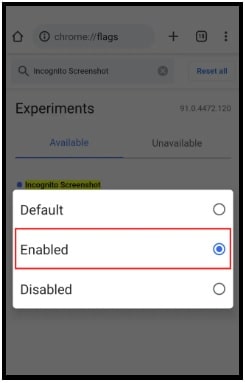 As we already told you, many apps blocks you to take screenshots due to security reasons. But that doesn’t mean, we can’t do that. Suppose, if you are trying to take screenshot of your Facebook profile page then Facebook tells you “unable to capture a screenshot. Prevented by the security policy.” In that case, download the third-party app on your mobile and bypass screenshot limitations in restricted apps. 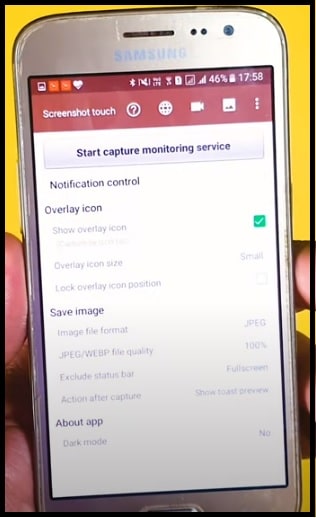 These are the reasons and solutions to resolve can’t take a screenshot due to security policy error in android phones. This security alert comes up when you are restricted to taking pictures in restricted areas of the app. normally, you can enable the screenshot toolbar of the device to activate it again. But if you are getting this error for banking or financial apps then you can’t change this action. It’s from the app’s server-side. As a solution, download and install third-party screenshot capturing android applications and capture any screen without security policy permission.