Download and install Netflix on PS4 or PS3 gaming console to watch movies and TV shows when you are done with gaming!

Recently we published a full detail post on “how to delete users account on PS4 & PS3 console” to create new PS4 user account. Moreover, it’s also helpful to free disk space by deleting the unwanted media, photos and files. Visit on the link and learn how to delete PS4 user account on PS4 console? Otherwise, check below guide to access Netflix service on PS2, PS3 and PS4 gaming console.

Amazon prime and Netflix both are most popular and highly demanding video streaming services. Because of their popularity, both platforms have huge active user base which plays a dominant role in digital streaming platform.

In today’s article we are talking about Netflix movies and videos streaming service. Most of you already know about Netflix service which offers contents from a wide variety of genres and languages including tv shows, web series, movies, series, documentaries and much more for every age group. It’s a monthly and yearly subscription based service but before that you can enjoy Netflix for free for first one month.

If you never used this service in past, get free Netflix by using its free trial service. After that you can continue unlimited video streaming on Netflix app or web as a premium user. To make it batter for their subscribers, they constantly updated their library by adding and removing contents. At this time, this Netflix is available in app and web format for Nintendo Switch Gaming Console, Firestick, Roku and many more devices. Additionally, Netflix is also available for PS4 and PS3 consoles.

By default Netflix comes as a pre-installed app in PS4 console but if it’s not there, download and install Netflix on PlayStation 4 & PlayStation 3 manually. So, if you are unable to get Netflix from manufacturer, learn how to stream Netflix on PS4, PS3 and PS2 PlayStation consoles?

Playstation is a high end graphic gamming console which offers thousands of games to play like Fortnight and PUBG etc. Additionally, PS users can use the same device to stream online video contents through various apps like Netflix.

How To Install Netflix On PS2 PlayStation Console?

Many PS2 users reported that they are unable to download and install Netflix app on PS2 to watch movies and TV shows. Reason is, Netflix stopped their service for PS2 console. That means Netflix is no longer supported by the PS2 PlayStation console. So, don’t waste your precious time to search for “how to watch Netflix on PS2 console?” There is no any method is available to add Netflix app in Sony PS2 console.

Officially Netflix app is not for PS2, but here we are adding solution which we found on Quora forum. We never tested this, but you can try it as a solution.

Answer from QUORA – Netflix app doesn’t PS2 console, they seem to be ignoring the official Linux for PS2 Kit that was released by Sony in year 2002. There are several tricks and methods for installing Linux on a PS2 console. So install any number of browsers and watch Netflix on your Sony PS2 as you would with any Linux PC.

How To Install And Watch Netflix on PS4 PlayStation Console

Just because Netflix service is available for PlayStation 4 console, you can easily find Netflix under the TV & Video section. Otherwise, download it separately same as other apps. 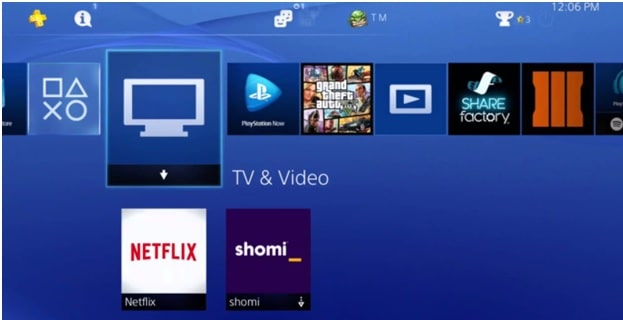 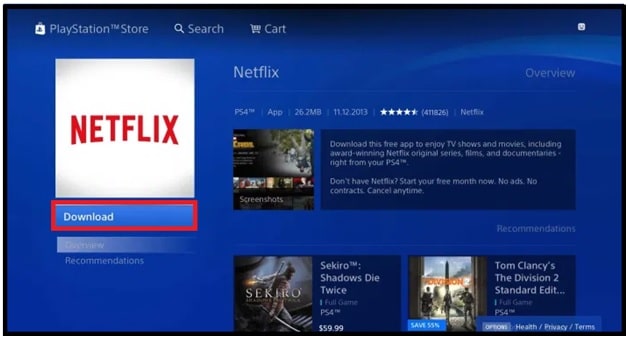 Otherwise, download the Netflix app from PlayStation store. Press the PS button from controller and go to “PlayStation Store”. Search Netflix for PS4, click on the Download button and Netflix app downloading will start instantly. 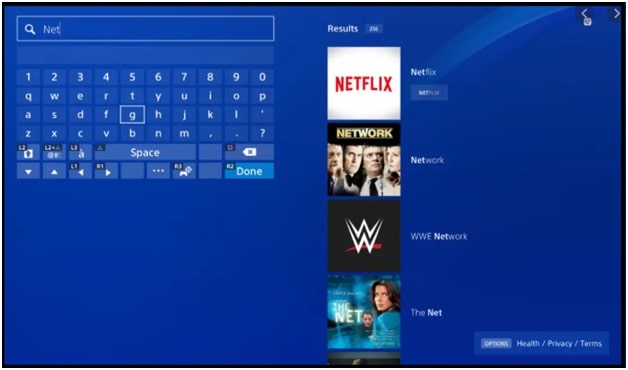 In this way you will get Netflix on PS4 home screen to watch unlimited videos content, movies and on-demand videos.

How To Install Netflix On PlayStation PS3

Method to add Netflix app on PS3 is exactly same as PS4 console. Follow the below quick steps and add new Netflix for free on PS3 gaming console.

How To Download And Install Netflix App On From PlayStation Store

Accidently removed the Netflix app or Netflix app is not located under TV & Video section on PlayStation then download it manually by following below step by step instructions.

Step03 Press the PS button from PS controller device and navigate to “PlayStation Store” to get Netflix app.

Step04 Go the “Apps’ section and select the “Explorer” option. 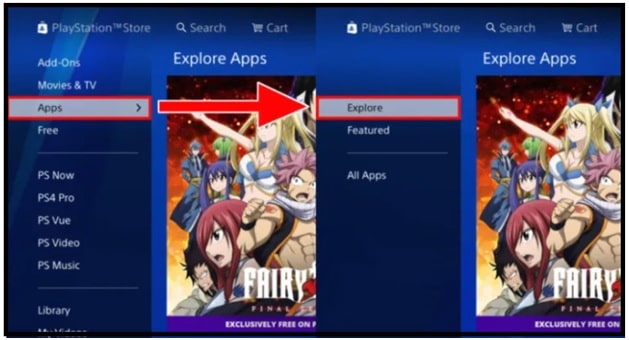 Step05 Here you can find the latest version of Netflix app under the “Movies & Tv” section.

Please Note: if getting issue to find the app, use the search option and type “Netflix” and get the updated app. 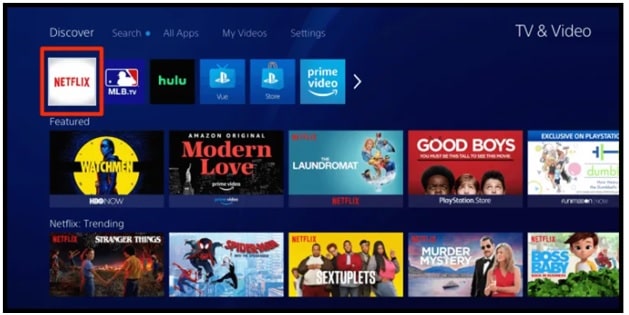 Step07 Once downloading finished, it will install automatically and you no need to do anything.

Step08 Now you can see a new Netflix icon on home screen. Click to open, enter Netflix credentials to access its contents.

Ans. No, PSN account signed in is necessary to use Netflix on PS4. In short, Netflix will not be available on PS 4 systems when you are not signed in or PlayStation Network is down for maintenance.

Q2. How to use Netflix app for free on PS4 and PS3 console?

Ans. Netflix offers free trial period for one month. So, create a fresh account on Netflix to get one month free subscription to watch Netflix on PS4/PS3 free. We also provided a free Netflix mod apk to access all the Netflix content without subscription. But unfortunately, we can’t sideload Netflix mod apk on PS4.

Q3. Can we watch Netflix on PS2 console?

Ans. Netflix stopped their service for PS2 system. So we can’t install it on PS2 using any other alternative way.

PS4 and PS3 users can stream videos and movies up to 1080p by having Netflix app on PlayStation console. Video streaming on Netflix is based on internet connection, so use the stable internet connection to watch Netflix on PS4 & PS3 console.

Till now getting any issue in any step or facing any error to download Netflix for PS4 & PS3, it may be due to software bug. Reset PS4 & PS3 console to fix all types of errors. Otherwise, let me know by leaving your comment. 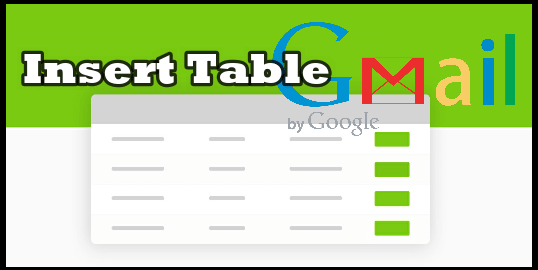 How To Insert Table In Gmail [ Create Table Gmail ] 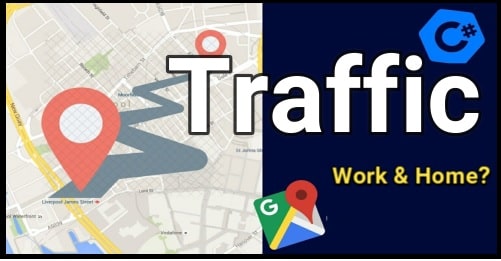 How To Check Traffic To Work or Home On Google Maps