Learn how to disassemble Xbox One controller without the help of any professional at your own home and clean or repair joystick.

If you are a regular user of Xbox one gaming console but now Xbox One Controller is not working properly that means something is wrong. For this you can try to update firmware and check out some basic troubleshooting like battery change etc. If everything is ok then go for next to take apart an Xbox One controller.

So if you really wish to open  Xbox One controller either to fix or clean the sticks, here’s how you can go about it quickly and easily.

Important Topics For Xbox One Users

Here we are adding some fixes that are required at the time of taking apart your Xbox One controller. Additionally, check out the possible tips on what to do after you have opened the controller up.

Directional buttons not responsive Or Malfunctioning d-pad: Carefully pry up the tabs on the spring assembly so it pushes down with more force. Replace it if required.

Drifting analog sticks: Open the Xbox one controller and clean or replace the analog stick according to the requirements.

Inoperable audio jack: Verify that the jack is properly seated and making contact, and replace it if necessary.

Sticking buttons: Use canned air and other methods to remove gunk and other buildup after removing the circuit board assembly from the controller housing.

Tools For Taking Apart an Xbox One Controller

Before going to take apart and disassemble an Xbox One controller, choose the clean and clear workspace at your home. It will help you to prevent screws or other parts from falling on the floor or getting lost. After that, try to arrange some tools for disassembling your Xbox one controller. Otherwise, it’s not possible for you.

Once you are ready with tools and other required arrangements, follow the below diy Xbox One Controller teardown process. 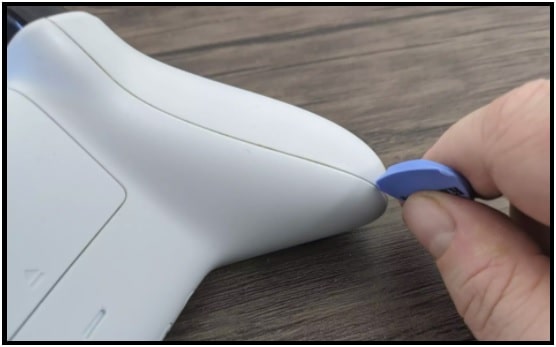 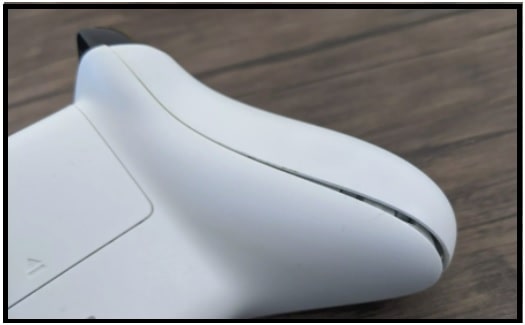 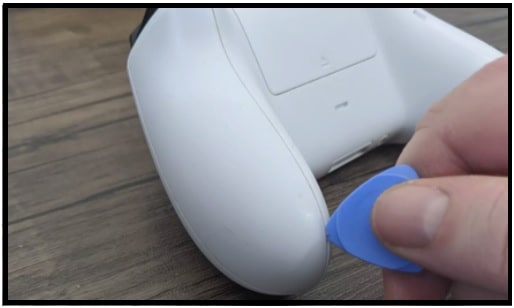 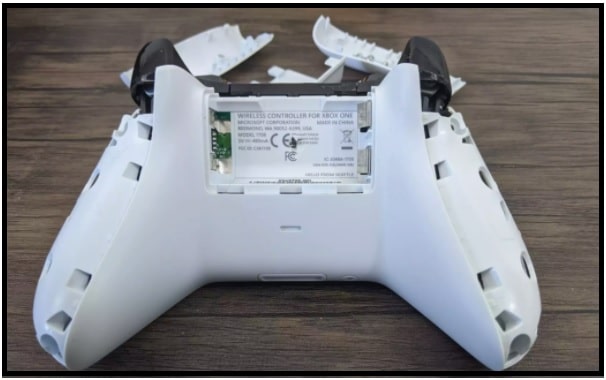 Step02 Remove The Screws Of Xbox One Controller

If your controller has never been taken apart, the sticker inside the battery compartment will be intact. You will need to push through the sticker with your Torx bit or cut it away to access the hidden screw.

Step03 Remove The Face Plate And Back Cover Of Controllers 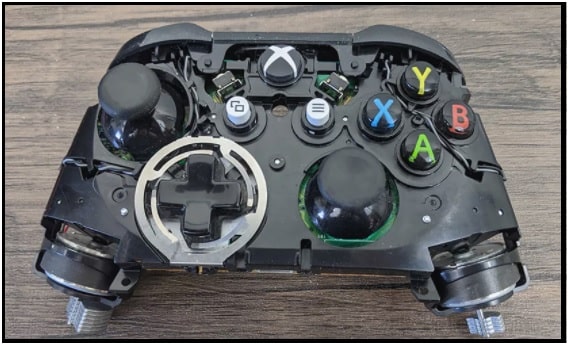 You now have access to the rumble motors, triggers, and some additional screws that you can leave alone unless you need to replace specific components on the circuit board. To access most of the other components, remove the assembly from the front case and flip it around.

In this way we can easily take apart Xbox one controller for cleaning and repairing. Use the professional or normal screwdriver and follow the above steps very gently. To reassemble the controller, simply reverse all these steps again. Place the controller assembly back in the front case, close the rear case, tight again all screws and then cover the grip covers and battery cover back into place.

As we can see “taking the Xbox One controller apart” is easy and any technical skill is not required. But you should do it with extra utmost care. Once you are able to open Xbox one controller panels, clean the circuit, fix the stuck joystick or the direction-pad, fix controller drift issue, paint it if you want, replace bummers or simply repair it