Easy and working methods to sync Xbox One controller with Xbox one consoles to enjoy Xbox games.

Xbox One is the Microsoft powered gaming console and without any doubt, it’s the first choice of any gamer. According to the generation and user experience, you can see different types of variants like Xbox One, Xbox 360, Xbox 360 S, Xbox One X, and many more. To make it more engaging and user friendly, each and every Xbox console comes with a controller. Actually, this xbox controller works as a remote control for the gaming console. But if you are new to the Xbox gaming console or never used this ultimate gaming device, you may find it hard to sync or pair Xbox One controllers.

So, if you are facing any connectivity issue while pairing an Xbox one controller, this article is for you.

Microsoft Xbox one allows users to sync Xbox one controllers with Xbox one consoles in two different ways, (a) Wireless connection (b) using USB cable. In this tutorial we will show both methods in detail.

Wireless connections are easy but connecting them can be a bit confusing for some users. Whenever you have bought a new controller from the market or your friend, you have to sync it with the Xbox one console. Method of Xbox one controller syncing with the console is almost the same for all its models.

Officially, we can connect or pair our Xbox one controller to Xbox one console in two different ways.

Check out both methods one by one and choose the right one for you.

(a) How To Sync Xbox One Controller Wirelessly

If you want to enjoy your gaming without a wire cable then sync it wirelessly. This method will help you play your games from a sufficient distance.

Please Note: Enough power is required to make a working connection in between console and controller. For this, use the AA batteries or rechargeable batteries according to your own model. Some Xbox one controllers like the Xbox Elite Wireless Controller Series 2 come with built-in batteries.

Original Xbox One – find that button on the left side of the console, near the disc tray.

Xbox One X and S – find the bind button on the front side of the device.

(b) How to Sync Xbox One Controller using USB Cable

Same as wireless connection, Xbox offers a facility to pair xbox controller via USB cable. In comparison to wireless connection, USB cable connection is much easier. If the Xbox one sync button is not working or broken then this method may be very helpful. Similarly, if you are facing any connectivity issue due to batteries then use a UB cable. 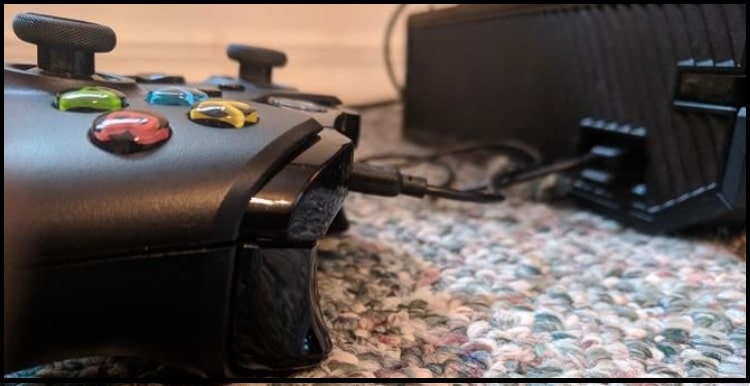 Tips: How to sync xbox one headset without sync button