Learn How To Turn ON And Off Flashlight On Android Devices

No doubt Android OS-based devices like smartphones & tablets come with lots of built-in smart features. Additionally, we have the option to download and install other useful android apps according to our needs. But here in this article, we are going to talk about “Flashlight mode” which is a built-in feature for all android devices.

Nowadays, most of all android devices have a “Torch” or “flash light” feature that can be used during a power cut or to illuminate the darkness.

After knowing the user’s interest and importance of flashlight mode, Android implemented this feature as a built-in feature and today it’s just a swipe away. So, now we will learn what are ways to turn On flashlight and how to turn off flash on an Android phone.

How To Turn ON And Off Flashlight On Android Devices

If you try to check the Android OS version history, the first flashlight toggle was introduced with Android 5.0 lollipop version. Users can assess this feature from the right in the quick settings. Just swipe down the notification panel, find the toggle, and tap on it. This action will turn on flashlight on your android phone immediately and you can toggle it right back to off the flashlight anytime.

If flashlight option is not visible in the quick settings panel then ….

Video For ON and Off Flashlight Mode On Android Phones

Most of all android devices come with a flashlight or torch feature. But if you don’t have this flash light toggle option in the quick settings, use the third-party apps. Just download the dedicated android flashlight app and experience the flashlight feature easily.

Google assistance is another smart way to search for anything on an Android device via voice command. Users can turn-ON and Off the torch or flashlight on their phone through voice command. But before that, you have to set the command and then you are ready to use it.

#4 Turn On And Off Flash light Mode Using The Gesture

Android gesture feature is another smart feature that can also be used to turn ON and off the flashlight mode in android devices.

It’s also important to know that few android devices support the flashlight enabling with gesture feature. Moreover, there is no standard way to know if your phone supports this or not.

If you are also not sure, try to follow the below instructions. 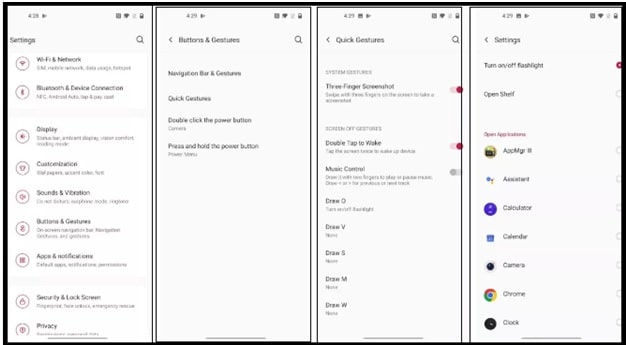 Important – many leading Smartphone brands offer the shortcuts to turn ON/OFF flashlights on their supportable devices. Here we are adding the quick shortcuts to off & ON flashlight mode for Samsung, Motorola, and OnePlus devices.

(c) Turn ON And OFF On Motorola Phones

#5 Double Tap On The Back To ON And OFF Flashlight

If you want to experience something new and innovative way to assess flashlight mode on your phone, the double-tap feature is for you. 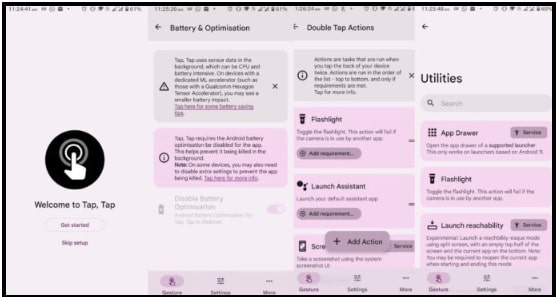 BONUS – Turn Camera Flash On & Off On Android Devices

Follow the below steps to turn off-camera flashlight on your android devices. 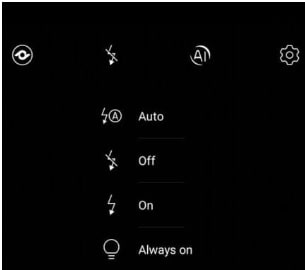 Flashlight On = Flash will be activated for all the pictures

Turn ON & OFF Flashlight On iPhone Devices

Q1. How do I turn the flashlight off?

Ans. Methods to turn off flashlight may be different for different devices. But most of the entire device comes with quick settings to access flash light mode. Simply access the “Quick Settings” by dragging down the notification panel and switching off the light. Otherwise, press the “Power Key” for once and it will turn off torch automatically.

Q2. How do you turn off the flashlight on your Android phone From the Settings app?

Q3. How do I turn-off flashlight mode on my Samsung android phone?

Ans. We also added the Samsung gesture feature to enable and disable flashlight mode. Otherwise, go to “Settings” >>> “Device Options” >>> “Display” >> find the “Flashlight” or “Torch” and toggle it On & off.

Q4. Where is the flashlight on an LG Android phone?

Ans. same as other phones, LG phones also use the camera flashlight for a torch and you can find it below the camera on the back of your phone.

Q5. How do I turn off the flashlight when my phone rings?

Ans. Same as iPhone, flashlight blinks during the incoming or outgoing calls. If you want to turn off flashlight when your phone rings then do it from “settings”. For this, open the “Settings” >>> find “Phone” under the “General” >>> Under “Phone Settings”, turn off the flashlight by selecting “Flashlight”. Otherwise, go to the home screen of your phone and press the “Power key” twice quickly.

Q6. Will a smartphone flashlight die if I leave it on for a long time?

Ans. practically not. Most of all Smartphone brands use LED light for camera flash light. The important fact is that LED life depends on working hours. Because of this, LED lights will take 0,000 to 50,000 hours before they die. According to this calculation, LED flashlight should be able to stay for the next 3 – 5.5 years. So practically, you would not leave your phone’s flashlight ON for 3 – 5 years.

Q7. Why Camera Light On The Back Of My Phone Flash ON & Off Itself?

Ans. Technically, the led flash alert feature was implemented for people with poor hearing who might not hear the ringer of incoming calls.