Do you know now it’s possible to stream videos and live tv channels on Roku using Mobdro android App. If you never heard or never used Mobdro app yet, you should check it out. Mobdro app searches the internet to find the free content and stream it directly on your phone. At the time of publishing this article, this app is only and only available for android Smartphone.

As we all know Roku is one of the best video streaming media player which allows to access its official channels from Roku Channels store. Add-on users can download and install third party apps on the same device to make it more powerful machine.

However, Roku supports hidden channels in addition to the official apps. But you will not find Mobdro live channels app under the Roku store. In this guide, we will talk about “how to download Mobdro app on Roku device”, “how to install Mobdro on Roku” and “how to access Mobdro app on Roku?”

In our previous post, we shared a tutorial about “how to watch PBS on Roku” and “how to install spectrum App on Roku” to stream 250 channels and more that 3000 tV shows. But Spectrum is a premium video streaming service. That’s way many users ask us to share free TV channels streaming apps for Roku. As a free Live tv channels streaming app,  free Mobdro roku app is best option for you.

Can We Install Mobdro On Roku Media Player?

Same as ChromeCast, Amazon Firestick and other Smart TV, Roku is another highly secured streaming media player. Its security can’t be broken like android OS [Root]. Officially there is no any way to use Mobdro Apk on Roku because its security never allows adding Mobdro on ROKU media player.

Similarly, Mobdro app is exclusively built for android devices running on Android 4.4 and above versions. That’s why we can’t run Mobdro apk on Roku device.

For this, we need to apply a smart trick. Probably, you may know that Roku can cast phone screen to TV and we can watch media content directly from our phone.  We will also use the same built-in screen mirroring function of ROKU to watch Mobdro content on out TV.

How To Use Mobdro APP On Roku

As we already said, officially we can’t add MobDro app on ROKU tv. So we need to add trick for this. At first install Mobdro on android phone and then screen mirror it on roku using built-in feature.

If you are using latest android Smartphone, then you can find built-in screen mirroring function. Depending on the phone model or band, it may be called something else. For example, in Samsung devices it called “Smart View” to mirror the phone content on other Miracast enabled devices. Similarly, LG and Huawei android phone also comes with same mirror casting feature. So, we can use android phone’s mirror casting function to mirror phone screen to a Smart TV and streaming devices like Roku and Chromecast etc.

In this section we will learn how to watch Mobdro content on Roku media player using native screen mirroring feature?

Download the Mobdro APK on your android Smartphone and install the application. Just because Mobdro app taken down fro Google Play Store, you need to install it as third party apps. For this enable unknown source on android and install it.

Now connect the both devices [ Roku TV And Android Phone ] on same wifi internet connection. For mirror casting, both devices should be on same wireless network.

As we already told you, Roku comes with pre-installed Mirror casting or screen mirroring function. By default it’s Turn-off, so you need to enable it to connect other devices to your Roku tv. 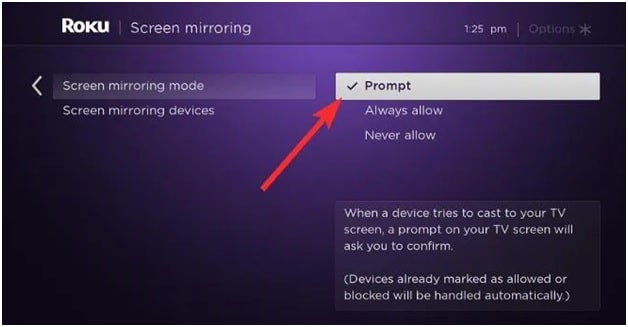 This is our final step to watch MobDro video content on Roku media player. For this, go to your android phone, select screen mirroring option by selecting “CAST” option. If you are using Samsung phone, you will find this option in right in the notification area. Swipe down the notification panel and turn-On the Smart view. 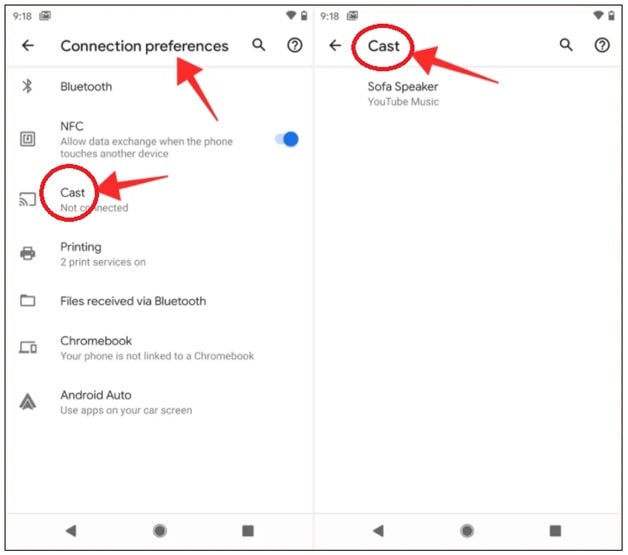 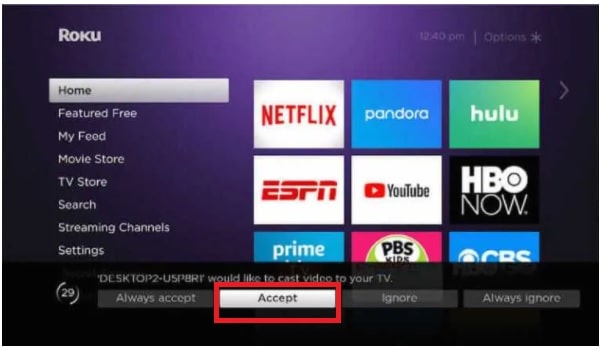 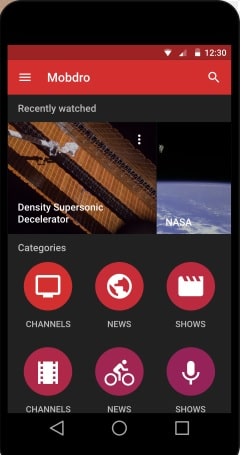 Method02 – What To Do, If Native Screen Mirror Not Available

It’s also possible that your phone does not have an inbuilt screen mirroring app. In that case, you need to download and install new android mirror app from Google Play store.

In this way we can use MobDro app on Roku media player to stream favorite videos, movies, news channels and shows etc. Just enable screen mirroring on both device to watch unlimited free MobDro video contents.

if you have Amazon Firestick to watch videos and movies on your tv, check out “how to install Mobdro App On Firestick using sideload method?”