A look into Dow Jones Stocks and its Trends

The Dow Jones Industrial Average has been around for many years and serves as an economic indicator for investors in all areas of trade. While the concept began at a time when the United States was more focused economically on manufacturing, it stills sets the stage for what may or may not be happening in the economy. The 30 primary indicators change over time, but many of the major players that have historically been included are still on the list. Even though the trend in the economy is indeed changing to a degree, savvy investors still use the Dow as a primary predictive tool. The current market instead classifies most industrial indicators in the Global Industry Classification System for a more accurate application of industrial growth in association with the overall economy. The GICS is not quite as expansive in contemporary application as the DJIA, but it does still serve a very useful purpose for investors focused on buying industrial stocks.

The Dow Jones Industrial Average was invented by Charles Dow. It is intended to provide stable predictability to the investment market across the board using specific indicators of market trends, whether they be up or down. However, it also works in conjunction with the Dow Jones Transportation Average that few non-investors realize even exists. The transportation average is used to support the trends of the industrial average. When both are in agreement, the result is a bull market. With respect to the Dow Jones today now, the transportation average is not showing the growth seen in the DJIA. This is evidenced by the overall volatility in the market based on certain investment areas. The market is inching towards the 30,000 mark now, and not long ago the 10,000 mark was considered uncharted territory. This also suggests to many investors that a major correction is long overdue, but the current interest rate level could be holding that off.

Using Diversity Within the Dow

The Dow Jones Industrial Average casts a wide net when new corporations are being selected for inclusion. It is, after all, intended to be an indicator of the overall market direction and possible upcoming shifts. The selection of the wrong stock options and the growth pattern of the entries could provide an inaccurate portrait of what the market is doing effectively. Accuracy is the cornerstone of true predictability, and the Dow is intended as a positive tool for that exact predictability. The opposite is volatility, which can be evidenced whenever trade agreements are in the offing and possibly up for significant change. Investors do not like change unless it results in upward growth and profitability, and volatility is often what happens both before a disruption or after a detrimental policy change. The current debate over tariffs is a prime example of how this happens. Diversity helps give accuracy, and certain aspects of the market can be reflected in the Dow when some sectors are on the incline while others are on the decline in terms of profit margins.

How Bonds Impact the Dow 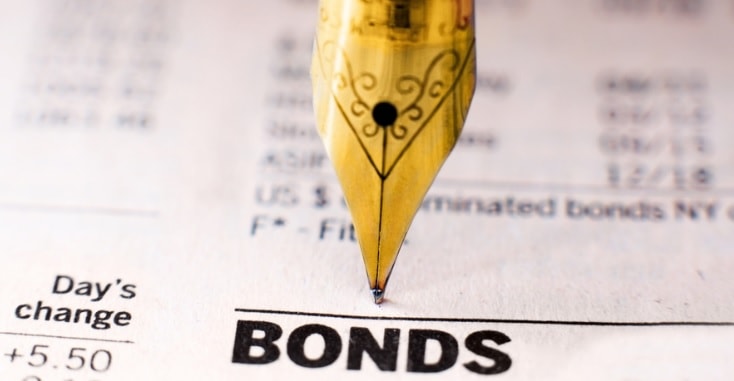 Bonds and stocks are both competing for the same investment dollars, and it is no secret the bond market has been particularly low. The reason is that the rate of return cannot match the Dow Jones at its current trend, as many investors are assuming more risk for more reward. Bonds tend to be more secure investments because the bonds are issued by government agencies while stocks are all publicly traded corporate entities. The Dow is all about risk and reward. In the event interest rates are raised by the Federal Reserve Board, the Dow could indeed see a set back as investors gravitate toward more attractive and secure bonds. However, the Trump Administration has been a bit bullish itself with respect to interest rates, as this can actually have a dramatic impact on the economy that the president will assuredly tout in the upcoming election season. Just like certain professional investment banks, when the president speaks the market investors listen. This situation alone means the Dow could well continue on its upward trend.

There is one clear certainty with today’s Dow Jones Industrial Average. Even with the up and down cycle that seems to occur daily in the contemporary market, the long-term outlook is for a continued general slow-growth cycle to maintain its overall incline, and possibly to what many investors are calling a bubble. And even with the Dow not necessarily being an industrial report as it once was, it is still a solid predictability tool for investors all over the U.S. And it appears it will continue in that regard at least through the next election cycle.

How To Get Zwift Free Account For Virtual Cycling Training App