Manga Rock Shutting Down 2020 : You Can No Longer Read Manga On Mangarock – Mangarock Alternatives

Do you love to read comics and animi or a manga fan? If yes then you may know very well about mangarock website. Managa rock officially announced in September 2019 that they are going to shutting down Managa rock website very soon and they will remove all reading features from their site. If you try to visit on official manga Rock website, here you can see Manga shut down official announcement. But after that their daily visitors can come on new platform called MR comics.

As they declared previously, now Managa rock site is dead officially and they are ready to launch new platform MR comics.

Back in September 2019, the Manga Rock app was completely removed from the Google play store and Appstore for downloading. But who already had the app in their phone were able to read all titles. But reading features of this site are no longer available for new readers on website. At the time of opening official URLs, you can see message of shutting down of the website.

As we announced previously, we have removed all reading features from the website. Now when you visit each title’s info page, you can no longer read scanlations. Instead, we have added a feature that links each title in Manga Rock to an official content provider’s site (like Comixology, or viz.com etc.) where you can support the original authors and their work.

Disclaimer: We do not receive any referral fee from any of your purchases.

In the meantime, our team is still working hard on project “MR Comics” where we hope to make comics more accessible to everyone — we will share details with you soon. If you have any questions or need help (membership, account etc.), please contact support@mangarock.com

As we all know it’s a digital world and Manga Rock is the not only one company in this sector. If you try to see on internet, many other sites like Manga Rock website available for comic fans.

Very soon we will update top 10 managa Rock alternatives of 2020. But good news is that Managa Rock team is ready with their new platform and that is MR comics.

Reason Behind The Manga Rock Shutting Down

Official Manga Rock website developers accept that “Regardless of how well-intent we are, the way we are doing it is wrong for creators & the industry.” That’s why they are going to remove all pirated content from Manga Rock website and app.

After getting the enough official content they will rebrand the platform into MR Comics. So in near future Mangarock alternative site MR comics will be paid platform for readers. Check out the below video on how MrComics will work?

Launch new comics product. We aim for the new product to support legitimate comics. More details will be available when it’s ready.

MangaRock officially dead in 2020 but developers and proponents are working on new alternative platform – MrComics. In this new project, MangaRock team is trying to re-launch MangaRock in new way with legal contents which is seriously not possible without support of creators.

We are keeping close eyes on this topic and will update all the latest news, update information, developments and official announcement. Bookmark this page for more update and tell us the alternatives of Manga Rock website. We will try to update in out next article – “best MangaRock Alternatives 2020.” 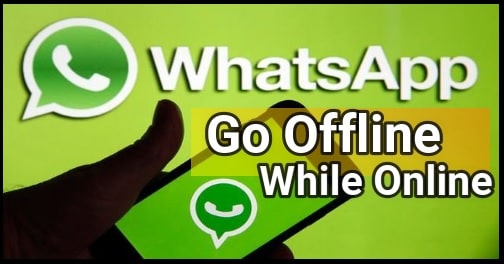 How To Appear Offline On Whatsapp While Online From Quora

How To Delete A Page On Google Docs Online Document Editor