If you dive to search best free android emulators for winodws pc, you will find this Bluestacks android player on the top of the list. Last year in 2017, bluestacks was the best windows pc android emulator and till now holding it’s ranking in 2018.

After getting great response and several tested from thousands of users, we calculated that it’s the best android emulator for windows XP, Windows 7, windows 8/8.1 and windows 10 operating software.

Basically bluestacks 3 version is a brand new free android emulator with all android features. If you are a game lover then bluestacks 3 is the only gaming platform designed for gamers.

Just download bluestcks latest version from official site and install it with simple configuration. That will allow you to start playing all android games with your mouse and keypad with big screen. Moreover, user may download any other apps and apk from Google play store. That means no need to use android device to experience android features on windows pc/ laptop.

BlueStacks android emulator runs 93% of what’s inside the Google Play Store on your Windows PC, as long as you run Windows XP or later. It is the single Android App Player that we highly recommend to virtualize the full Android experience as Windows software without getting any issue.

Bluestacks emulator is mostly famous for android game lovers who want to play high resolution android games on wide screen. But that no means you can’t use it for other purpose. Unlick others, Bluestacks 3.0 allows user to use multiple apps, apk and android based games on the same platform.

Best and new update is bluestacks + N Beta version and now it’s the first gaming platform with android 7 whiles other android emulators run android 4.4 versions. That means, you have more freedom with bluestacks 3.0 to use upgraded graphics engine and faster speed.

Bluestacks is a US based company [United States] and it follows the US data security and privacy laws which protect the user’s data and personal information. So no need to worry about your privacy and data security.

Same as if you are involved in rooting and customization then you may also root bluestacks easily to apply android tweaks & tricks.

System Requirements To Use Bluestacks On Pc 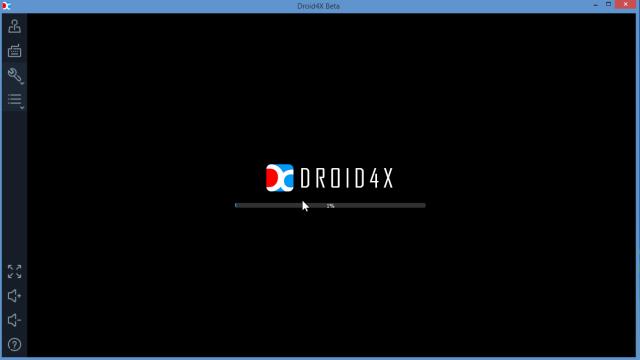 Recently they released it’s new updated version with new improvement and fixed the small bugs.  Best Interesting things about droid4x emulator, are add-ons, which make this emulator even more useful for those who wants to run android on pc.

Droid4x free android emulator comes with pre-installed Google play store and you have to just login with Google credentials. Moreover, some user thinks that it’s really a hard competition in gaming and stability. Add-on feature is an app which you can install on your Android phone to control games on your laptop or computer.

Important: Don’t try to install emulator on pc if minimum requirements are not available. Upgrade you pc in that condition.

Run android on pc using AMIDuOS is another option. Bring the Fun and Functionality of Android to Your Windows 7,8 or 10 Device with AMIDuOS is the tag line of this android emulator and you will find it same as it’s own tag line. It supports almost all windows platform like W7, W8 and W10. 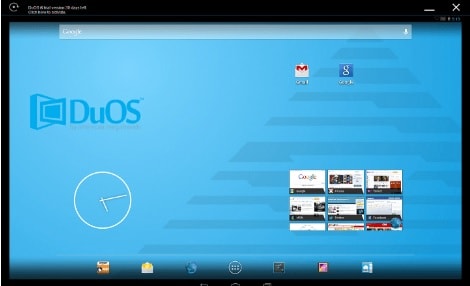 If you not want to use above free android emulators of 2018, then you have a choice to experience latest revolutionary new concept that brings the functionality, depth and fun of the Android experience on Microsoft® Windows devices or platform. Best part of this AMIDuOS android player is that switch between android and windows os without dual boot.

Looks and functionality is almost same as android platform because it’s 100% free native android running on your windows hardware. 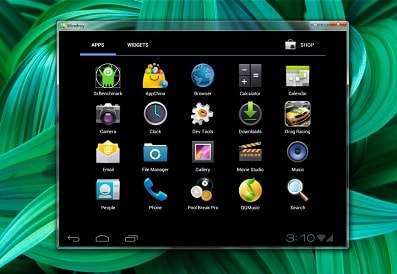 Like any other android emulator, Windroy use to run android on pc without dual boot. That means user can use this wonderful windows pc supportable android emulator to experience android features. It’s also a regular android emulator but come with unique features which are enough to make it more affordable. Windroy completely runs using the Windows kernel and very light weight design.

Windroy [WindowsAndroid] : basically it’s a combination of YouWave and Bluestacks android emulators. Simple light weight Windroy designed to attempt to emulate android in windows pc. User may use any android apps on windows pc by installing any app directly from Google play store.

As we already told you it’s a very light weight android emulator, so may try it if you want a handy, simple to use android emulator for windows 10 pc. Don’t worry it’s fully compatible with any other windows platform and also support Google play store. 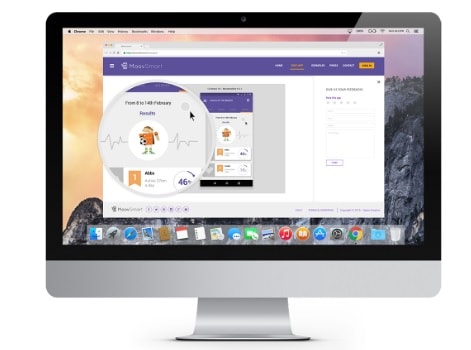 Most of the android game developers use this emulator to emulate apps and games directly from their pc. No need to test them on particular version depended android device. Configure the emulator and test the app without have device.

Same as you can also set up different versions of Android, so you can experience how apps and games work in different environment or version. Easy switch between different devices directly through the Genymotion emulator is the best feature of this emulator. Boost your app development and automate your test for best result.

So if you are a android app or game developer then Genymotion emulator is highly recommended free android emulator for windows 10 etc.

Nox is another android emulator for windows 10 pc to run android games and apps. Best thing is that it’s fully compatible for all android games and to complete the gaming experience, Nox offers some additional utilities and additions, such as the support for computer’s keyboard and mouse, as well as the game pad. 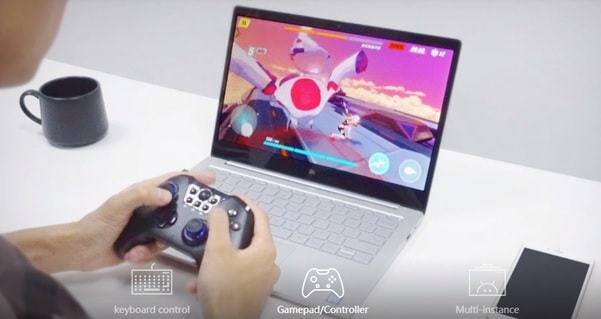 Worst thing about Nox emulator is that it’s required high pc configuration with high CPU and RAM & ROM capacity. Sometime you may face lag in between the process. So it’s not our recommendation but you may try it if you want to switch your older emulator. Overall it’s fine if we can avoid some issues. Otherwise, it’s perfect android emulator to play mobile games on windows pc. It’s also available for Mac pc. Few android emulators are available for Mac Os.

Remix OS Player is the brand new latest android emulator in it’s own segment. Best thing is that it’s the only available android emulator for windows 10 that allows user to play multiple games at the same time from same platform. It’s really very innovative and appealing feature for users to run android apps and android games in multiple windows on pc. Moreover, user can chat with other gamer at the same time. 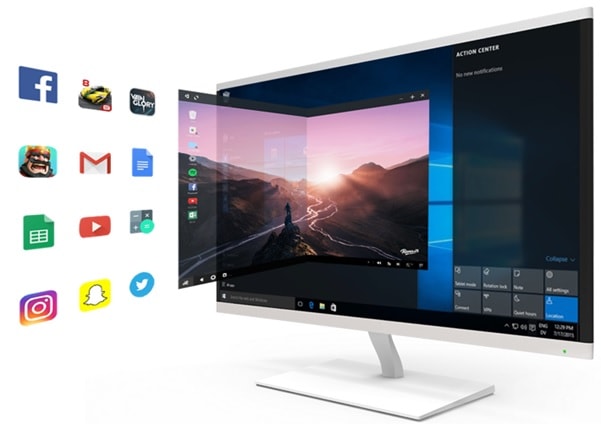 By pairing Remix OS with the latest in emulator technology, we’ve given you the ability to enjoy Android games and apps on Remix OS faster and easier than ever. Just click on the Remix OS Player icon and start playing now.

Xamarin Android Player is placed in second last position in our list of top best free android emulator 2018. But that doesn’t mean it’s not good or worst android emulator for pc. List of android emulator depends on many factors like user’s reviews, download quantity, users flow, performance and speed etc.

Actually it’s good android emulators to run android games and apps but not as much as other available emulators. But now if you are using any other android emulators and now want to switch with another one, then try this bugles and light weight emulator. Don’t worry about it’s compatibility, it’s support all windows 7, w8, w10 pc and laptop without any issue.

Xamarin is completey free to download and use on windows pc but it requires virtualbox box to be installed on pc.

Xamarin android emulator is available for both 32 bit and 64 bit windows pc. Download 32 bit supportable Xamarin emulator from here and 64 bit based Xamarin from here. [ Link removed, comment us if required ]

Last but not least- Android Player Andy. Probably, we are listing this Andy android player in the last position. But it’s best alternate of Bluestack 3 which is #1 android emulator in our list. Andy player is very known android emulator for window 10 pc. May be you have already tried it. If not then we recommend you to use it if you are using any other android emulator to run android on pc or tying to search a good android player. 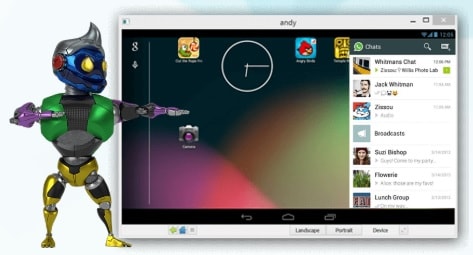 At the time of it’s first launching it was little buggy but everything fixed by developers and now you may use it for smooth android experience.

It is also good for a variety of tasks, but unlike Bluestacks, while it installs stuff on your Windows PC, we tested it ourselves and we saw that they partner with decent, if not impressive companies (in our case, it was Opera).

If we talk about it’s features, it comes with lots of different and unique features that are not available in any other existing android emulators. User may use Andy android player to mirror their device. Also can control game on pc using mobile phone. Moreover, user can install apps directly from play store of from pc storage.

Andy Android emulator for Windows PC completely free of charge, and you can download it from the link from below.

This is our complete list of best free android emulator for windows 10 pc. All the listed android players or emulators are arranged in series according to their popularity & uniqueness. Your choice may be different according to your experience.

So if you are going to adopt any above free android emulator, please send us your review and experience. It may helpful for our readers to choose one of the best players for their pc.

Same as, if you are using any other android emulator to use android on pc and that is not listed in above list, you can suggest me. We will try to update it after review.

How To Delete Email Address From Gmail Auto Complete List 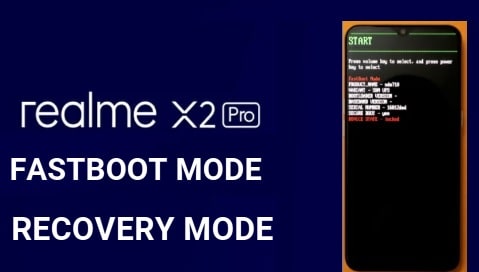