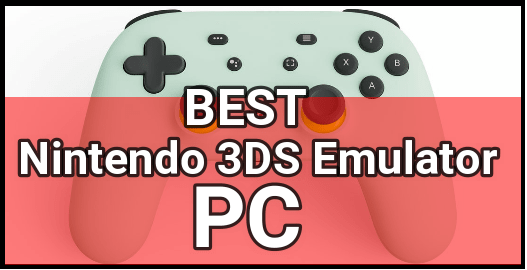 In case you are searching for best windows OS supportable 3DS emulator then continue read the article, otherwise find the best free Nintendo emulator according to your own device.

In the starting, Emulators was developed as a testing platform for all devices. But now a days these emulators are very popular because of their amazing features. By using these emulator users can use different applications and software on android, pc and mac without any issue. That’s way world of emulation is never going to stop.

Emulators are very helpful for application developers as well as gamers. They can test application for testing or can enjoy unsupportable apps on these platforms.

Let’s talk about Nintendo 3DS emulators. The official Nintendo 3DS was launched on 26th February 2011 across the world. But Nintendo dropped its price significantly within next six months of its release. There are many reasons behind this drop. As soon as Nintendo started experiencing downfall then the first official 3Ds handled console was released in the year 2010 and get great success.

If you try to search for good working Nintendo 3DS pc emulator, you will find numbers of different emulators with different features and hardware requirements. Actually this is a big issue for new users because the huge number of list is available for PC 3DS emulators which actually cause confusion among the fans to choose right one. So here we are adding best of 2020 3DS emulator for windows PC / Computer. All the listed windows pc Nintendo 3DS emulators are working, tested by the users. Read all the listed 3ds windows pc emulators and choose the right one for you according the system requirements.

Here we are adding citra 3DS emulator on #1 position in the list of best 3Ds emulator for pc 2020. If you are searching for best 3ds emulator for windows pc then citra is highly recommended software for you. Not only for windows based pc, it’s also available for Linux and mac machine too. Smooth gaming experience can be enjoying with citra emulator. Basically it’s a fully functional Nintendo 3Ds emulator for pc with lots of features.

Technically Citra EMU has extra ordinary 3D graphics which has resolutions much higher than the original Nintendo gaming console.

Citra open source EMU was launched in 2015 as an experimental software and after that it get huge positive response from the users and till now it’s one of the best Nintendo 3DS emulator for pc, Mac OS and Linux. Here you will not see any front end operational section. You have to run it using the command –line. Citra gaming emu is designed to test and run Nintendo games at 60fps and resolutions of 400×200 from the original screen. Here you can get an experience similar to that of playing Xbox 360 gamepad while playing certain games. This is so because the models and textures are defined sufficiently in series.

This windows pc based emulator provides the various modes of visualizations as per two screens. At a time of use, users can view both screen for better visualization experience. Windows pc users can use mouse to manage the touch control.

For additional features we can find tools and software on internet. Windows 64 Bit based operating system is good for use. It works with and without graphic card but work well with a graphics card which OpenGL 3.3 or higher is supported.

How To Install Citra Emulator On Pc 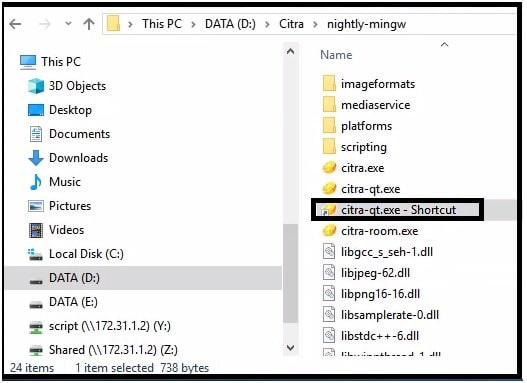 As we all know 3DS pc emulator is important to run and play Nintendo classic games. Above listed citra emu is best in all pc 3ds emulators but if you want to try something else, R4 3DS Nintendo emulator pc is here for you. Most off all Nintendo games can be control by using R4 Nintendo 3DS emulator.

All most all means, we can use it to play Nintendo games but it might not work for latest Nintendo games. That’s the biggest drawback of this pc Nintendo 3ds emulator. This is a pc program which mimics the graphic system and process of the console of Nintendo. So, we can play a large numbers of Nintendo games on pc as same as console.

When you will start the emulator on  windows 10 /windows 7 pc, it will ask you to insert cartridge. After that it require the particular game file to run.

Developers of R4 emulator makes it different with lots of features which help us to see the result of our work on pc without turning to the console. Older games can be run smoothly but at this time we can’t use for newer games.

Most of all Nintendo pc 3DS emulators are fully supported with 64 bit windows system. But DeSmuME emulator is the only emulator which supports 32 bit windows pc system to run Nintendo games on pc.

That’s really good for those users who are using low configured windows computer and want to pay Nintendo games on pc with 3DS emulator. This emulator offers access to game without any payment.

Development team of DeSmuME emulator is also very active because they have released many patches and improvements to make it bugs free. So Nintendo classic 3DS game lovers can enjoy the games without any hassle.

NO$GBA is another good name in the list of best Nintendo 3ds emulator pc 2020. Continuously it is one of the good choices from users to play Nintendo games. For example it is an ideal option to play games such as Pokemon. Basically NO$GBA pc emulator is freeware and have good working ability to run Nintendo 3ds games without console. Here you can buy or purchase recent update and after that it allows you to download previous version of this emulator. Neat and clean user interface helps users to understand and play classic Nintendo games smoothly.

Next name is iDeaS 3DS emulator computer / pc / laptop. iDeaS is another windows 64 bit based Nintendo 3ds emulator which allows users to experience Nintendo game without console. Ideally it works well with OpenGL. Nintendo games lovers can run lot of commercial games including Peral, Pokemon Diamond and SuperMario 64 DS. If you don’t know from where you can download it, visit on coolroom.com website to get it free.

These are complete list of 3DS emulator for pc 2020 which works fine with almost all Nintendo games without console. Choose the right one for your pc according the requirements and enjoy the Nintendo games. You no need to worry and disappointed if don’t have console to play Nintendo 3ds games. We are living in Technology world and everything is possible with the help of proper solution.