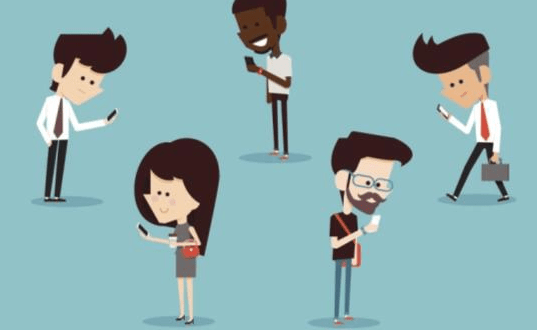 The whole world is actively using social media now. Someone is constantly texting on Facebook, searching for single woman online on dating sites, someone is posting beach or food photos on Instagram, and someone is constantly updating Twitter, hoping to read current news. We think that it is no secret to anyone that any of these social networks can rightly be called “time devourers,” Their influence is so strong that many psychologists have to save marriages, which are gradually breaking up because of social media. We don’t want to say at all that you urgently need to delete all accounts until they ruined the love of your whole life, we just want to show some effects of how social media on relationships. But if you try to see other side of the coin, many advanced users use the social media services and best free press release sites to make their own community online.

If one of the partners has an Internet or social addiction, then the second partner may seek help from the family therapist. In such situations, as a rule, people begin to avoid and misunderstand each other, they become unable to agree on something, not to mention the achievement of joint happiness. And all this is due to the fact that the initial lack of joint happiness leads to compensation by social networks.

According to the survey at the beginning of 2019, the most part of the Internet users who have soulmates published something related to their loved ones on 14th February or birthdays. The same survey showed that 1 out of 4 users spends at least half an hour every day photographing their loved ones while on holidays.

Most likely, you guess this without any statistics, but we still give some statistics. A study, in which more than 200 Facebook users took part, shows that the more time people spend on a popular social network, the greater the likelihood that relationships will end in a breakup. Yes, this was a very small survey, but you probably had a similar experience. If your partner (or you yourself) is busy watching

videos on YouTube instead of spending time with each other, or even worse, flirting with someone from old friends in the messenger, the outcome will be quite predictable.

One more survey showed that even if you don’t use a mobile phone, but it lies somewhere nearby, it can reduce the feeling of intimacy with another person. We can only guess how a smartphone can harm. But maybe it is better to leave your phone charging in another room when a soulmate comes to you. As an option, being with your loved one, just put a phone in your pocket.

It is the right choice to stop communicating with an ex

Today more and more people delete their exes on Facebook. It is proved that this action reduces the pain of a breakup. For example, one study showed that tracking updates of exes on Facebook could significantly reduce the chances of starting a new relationship in the near future, which in turn reinforces the feelings associated with a breakup, and to some extent, interferes with personal growth.

It affects our mood

If a person sees that someone is happy on a photo, and he or she had a hard day, this may negatively affect a mood. British researchers surveyed a group of users of social networks, and it turned out that 53% of people believe that social media influence their behavior, and 51% of users admitted that their mood was deteriorating due to comparisons with the lives of other users. Can you imagine how it affects a “mood” within your couple?